All information in this entry is provided by the University of Saskatchewan’s publicly hosted Indigenous Saskatchewan Encyclopedia, originally published by the Canadian Plains Research Centre and University of Regina Press, https://teaching.usask.ca/indigenoussk/index.php:

The fort at Churchill River was established in 1717, and the Dene First Nations began direct trade with the European settlers—soon after the peace mission to end hostilities with the northern Cree (this mission was led by a Denesuline woman, Thanághelttver [Thanadelthur], who had been taken as a slave by the Cree). The Denesuline population of the Churchill River Basin includes treaty First Nations, living in the community of Dillon, and non-treaty First Nations, living in the nearby settlements of St. George’s Hill and Michel Village. These three Denesuline villages are located on the southwest shore of Big Buffalo Lake near the mouth of the Buffalo River at 55°50’ north latitude and 109° west longitude. The Buffalo River Dene Nation inhabitants hunt, trap, and fish an area of about 2,5002 km (9652 miles) just south of Dillon.

Denesuline of northern Saskatchewan live in a vast territory characterized by relatively consistent sub-arctic conditions with limited regional variation in climate, physiography, and plant and animal life. Yet, regional distinctions exist between the Upper Churchill River district and the Athabasca Basin, reflected in different sociocultural expressions or regional adaptations. Major differences between the two regions are found in the gradual depletion of forest cover that occurs from the southwest towards the northeast following the Precambrian configuration. The special shift from full boreal forest towards a sparse and underdeveloped transitional forest is accompanied by a change in animal species and numbers of animals across the region. Although most animal species are found commonly throughout the territory, fur-bearing animals are more numerous within the full boreal woodland area. The animal resources of the Athabascan Basin and the forest-tundra margin further to the north are varied, and some species are seasonally abundant. Fur-bearing animals that are consistently trapped are beaver, muskrat, squirrel, marten, mink, weasel, fox, rabbit, and otter; other, rarer species include wolf and lynx; fisher, wolverine, and bear are also found in the region. Although beaver was once very important to trappers during the early Fur Trade, it has declined in importance over the years.

Moose are also found in abundance throughout the Athabascan region, particularly in marshland areas containing black spruce trees under-grown with willow. While moose is an important source of meat for the Denesuline, the most important large-game animal is the barren-ground caribou. Not only is the caribou economically important, it also helps to create a Dene identity in terms of social organization, territoriality, and way of life. A major difference in animal resources between the Churchill River district and the Athabasca Basin is the seasonal availability of barren-ground caribou in the farthest northern zone: while barren-ground caribou are available with some regularity in the Athabasca Basin, they are not often seen along the Churchill River. Wood Bison were found in earlier times along the Upper Churchill River and as far north as Great Slave Lake, and likely played a significant role in defining local patterns of resource procurement and identity for regional Indian bands. Today, wood bison do not enter into the ecological strategy of Denesuline in northern Saskatchewan. Varying renewable resources across the territory play a role in defining Dene adaptations and identity change.

The Denesuline people continue [aspects] of a traditional way of life: the hand game is still performed in the northern regions of the province; the traditional tea dance is still part of social gatherings; and feasts are an everyday practice. Drums made out of caribou hide are very popular, and prized among both the old and the young. The Athabascan language group consists of about 23 languages, Denesuline being one of them. Because the Denesuline communities are so spread out across the province, there exist variations in the way the language is spoken.” 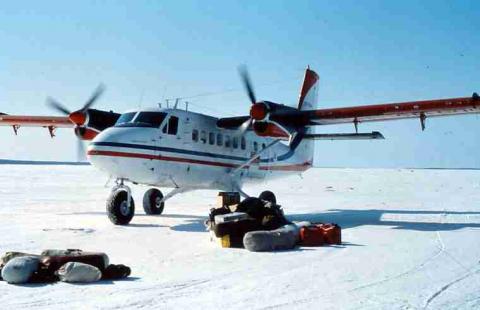 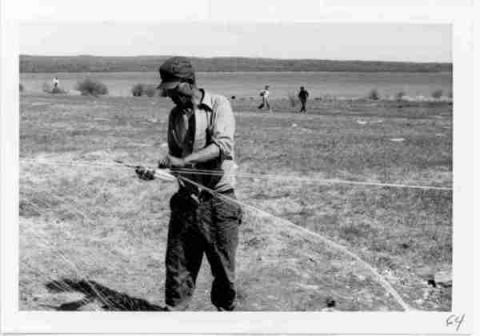