At the time of European contact, the Anishinaabeg called a vast swath of territory in the Great Lakes their homelands.  These stretched from Georgian Bay on Lake Huron to northwestern shores of Lake Superior. After the Iroquois Wars, however, the Anishinaabeg population was most concentrated between Sault Ste. Marie and Michilimackinac. Three distinct peoples, the Ojibwe, the Odawa, and the Potawatomi, made up the collective Anishinaabeg, and called themselves the Council of Three Fires (Niswi-mishkodewin). The Ojibwe were the westernmost people of the Council of Three Fires, who occupied a territory stretching from Sault Ste. Marie to western Lake Superior, where they occupied prominent sturgeon fisheries and trade centres such as Grand Portage, Chequamegon, Kaministiquia, Nipigon, and Michipicoton. In the mid-eighteenth century, the Hudson’s Bay Company and the Montréal-based North West Company expanded the fur trade into the Hudson Bay Watershed. Concurrently, in 1781-82, a continent-wide smallpox epidemic killed half to two-thirds of the Cree and Assiniboine population of the Hudson Bay Watershed. Subsequently, the western Ojibwe moved west into recently depopulated Cree and Assiniboine lands, which were fur- and resource-rich. Moving into the Parkland and Prairies in the last decades of the eighteenth century, the Ojibwe lived among and intermarried with the remaining Cree and Assiniboine populations. Throughout much of their history on the Plains, the Ojibwe developed a Plains-oriented identity and way of life in tandem with their Cree and Assiniboine neighbors with whom they traded, intermarried, and fought against common enemies, particularly the Lakota and Gros Ventre.

Notably, Chief Peguis, who was among the Ojibwe who migrated west with the fur trade in the late 1790s settling on the Red River, welcomed the first Scottish settlers brought to the Red River Valley by Lord Selkirk in 1812 and even aided and defended them during the difficult years of their conflict with the NWC and the Métis. Beyond entertaining relatively good relations with the HBC and the NWC, in 1871 the Ojibwe were prominent negotiators and signatories in Treaties 1 and 2 of southern Manitoba. As with most Indigenous peoples in Canada, with the decline of fur trade, the Ojibwe became somewhat dependant on wage labour and government assistance for survival. In addition, Ojibwe people struggled to resist economic dependency and territorial encroachment, as well as cultural dislocation brought about by residential schools. Notable Ojibwe communities in western Canada are Cote First Nation, Cowessess First Nation, Ebb and Flow First Nation, Gordon First Nation, and Keeseekoose First Nation. The Ojibwe are also known (both contemporarily and in historical documents) as the Ojibwa, Ojibway, Chippewa, Saulteaux, and Bungi. 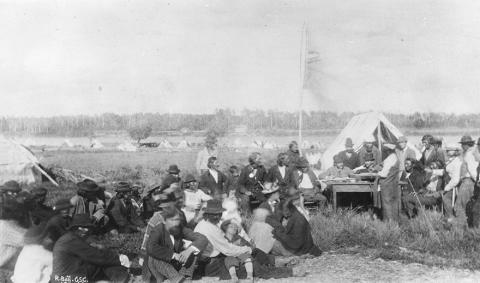 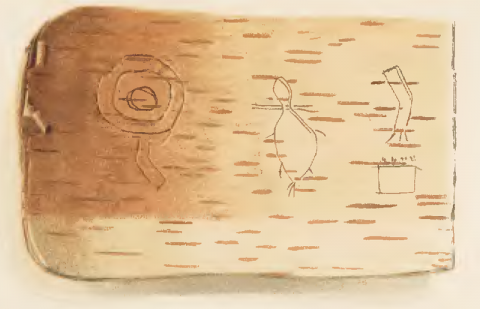